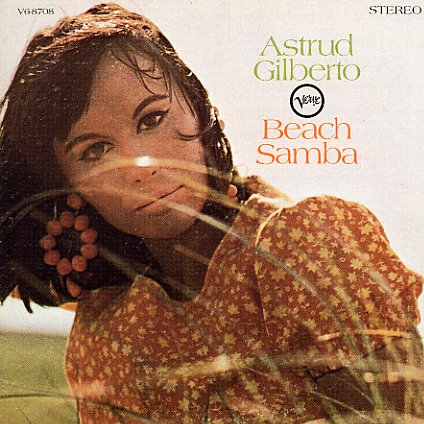 A great album from Astrud Gilberto – one that has her pushing past the simple bossa of early years, running through a range of 60s styles that all sound great – really opening up, finding new confidence in her vocals, and bridging a few different musical worlds in the process! There's still plenty of Brazilian tunes in the mix – like "Oba, Oba", "Canoeiro", "Bossa Na Praia", "Nao Bate O Corocao", and Marcos Valle's great "The Face I Love" – and the album also features great versions of "Misty Roses", "You Didn't Have To Be So Nice", and "Stay". Backings are by Deodato and Don Sebesky – and the album's a dreamy 60s pop delight! Plus, this CD reissue features 5 bonus tracks not on the original LP!  © 1996-2021, Dusty Groove, Inc.
(Out of print.)