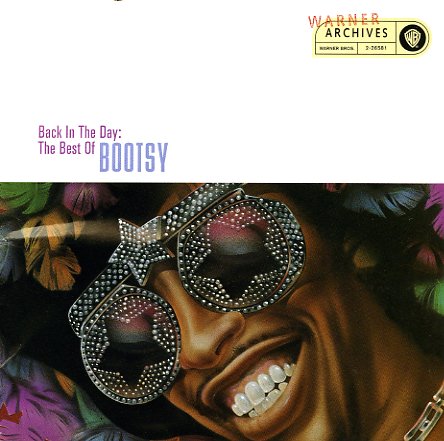 A funky trip through the classic Warner Brothers recordings of P-Funk maestro Bootsy Collins! The set's a pretty great introduction to Bootsy's work, and includes some of his best numbers, plus a great set of notes that will really help you navigate his rich career. There's a total of 14 tracks, and titles include "Bootzilla", "Ahhh The Name Is Bootsy, Baby", "Stretchin Out (In A Rubber Band)", "Hollywood Squares", "Jam Fan (Hot)", "Vanish In Our Sleep", "Can't Stay Away", "I'd Rather Be With You", and a live version of "Psychoticbumpschool".  © 1996-2021, Dusty Groove, Inc.

1990 (limited LP sleeve edition)
Gordy/Hip-O Select, 1973. Used
CD...$39.99
One of the last totally righteous albums by the Temptations – recorded at the end of their progressive run at Motown, and done with some really hard-hitting tunes and production from Norman Whitfield! Tracks step off with that beautiful mix of badass soul, heavy production, and soaring ... CD