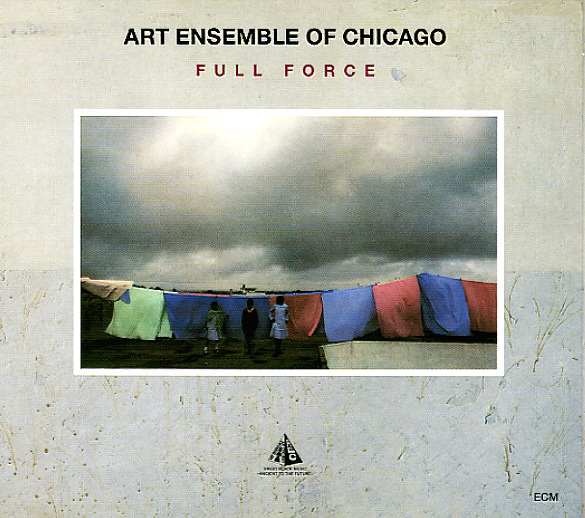 One of the few ECM sides recorded by the Art Ensemble Of Chicago – easily some of the hippest work the label issued at the time, and a key way for the avant collective to get a bit of large audience exposure! The sound is still very much in the best AEC style here – and if anything, ECM's sensitivity to sound has allowed the group to explore some of the farther reaches of their sonic sensibilities – those contemplative moments that could sometimes be lost in the hands of other producers, captured beautifully here in a range of instruments far too many to mention! Some of the bolder tracks have Lester Bowie's trumpet right out front – almost hinting at his own solo association with the label – and titles include "Care Free", "Magg Zelma", "Full Force", and "Old Time Southside Street Dance".  © 1996-2023, Dusty Groove, Inc.
(US pressing. Cover has a cutout notch.)

Bap-Tizum
Atlantic, 1973. Near Mint-
LP...$43.99
A seminal moment for the Art Ensemble Of Chicago – one of their first albums for a widely-distributed label, and an exceptionally strong live performance that really gets to the core of the group's unique approach! The material was recorded at the Ann Arbor Festival in 1972 – and has ... LP, Vinyl record album

Great Black Music – Message To Our Folks
BYG (France), 1969. Very Good+ Gatefold
LP...$59.99
A the time they were taking Paris by storm, the Art Ensemble recorded this brilliant message to folks everywhere – one of their best early albums, and a landmark in Chicago avant garde jazz! The record features the group at their best – playing very tightly, but also with a sense of ... LP, Vinyl record album