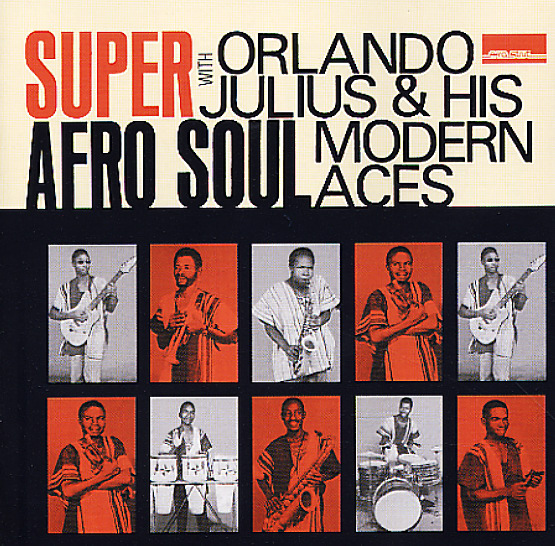 A landmark album of Afro Soul! Orlando Julius was one of Nigeria's biggest soul artists in the 60s – and has been credited with virtually inventing the Afro Funk sound, and for being the inspiration to some of James Brown's funkier work of the late 60s! Julius came to the US at the end of the 60s, and worked with Hugh Masekela and the Crusaders – but this is the real deal, his 1966 masterpiece, cut in Africa, and only ever issued in Nigeria. The whole album has been lovingly reissued by Strut – with the same care they took with their Tony Allen reissues – and the record's got a tasty batch of hard soulful tunes that mix African rhythms and American melodies. Includes the monster track "Going Back To My Roots" (supposedly the inspiration for "I Got You (I Feel Good)"), a great cover of "My Girl", and the cuts "Solo Hit", "Efoye So", "Jagua nana", and "Wakolele". Also features 4 bonus cuts – originally issued as singles – "Ijo Soul", "E Se Rere", "Olulofe", and "Topless".  © 1996-2021, Dusty Groove, Inc.
(Out of print.)

Next Stop Soweto Vol 2 – Soul, Funk, & Organ Grooves From The Townships 1969 to 1976
Strut (UK), Late 60s/Early 70s. Used
CD...$8.99
The next set in the stellar Next Stop Soweto series from Strut Records – highlighting rare South African sounds – this one infused with the western party music influences of funk, soul and organ drenched grooves of all kinds! Volume 1 in the series concentrated on the lively township ... CD