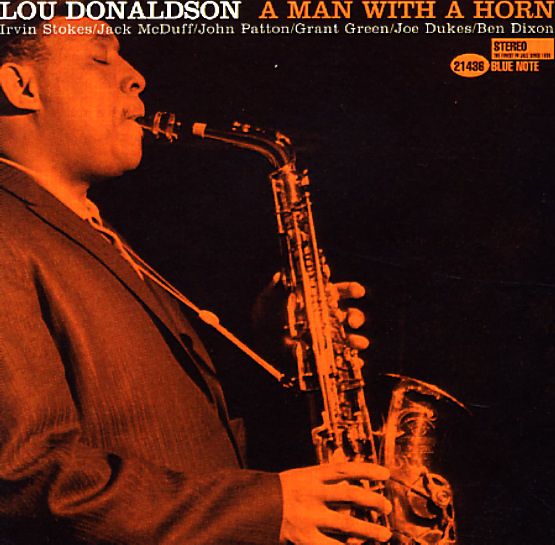 Hard wailing! Poppa Lou's caught right at the height of his early Blue Note powers here – recorded in 2 different groups on this set of unreleased sessions from the early 60s! Both sets have Lou in a guitar/organ soul jazz setting – with backing by Grant Green on guitar, and either Jack McDuff or John Patton on organ. The McDuff set features the great Joe Dukes on drums, and the session sparkles like one of McDuff's best Prestige albums from the time. The other session has the classic Patton/Green lineup augmented by trumpeter Irwin Stokes, a lesser-known talent who really opens up the sound nicely. There's a total of 9 tracks in all – a number of them ballads, but done with a lively soulful tone that keeps the whole thing nice and fresh – even after sitting in the vaults for nearly 40 years! Titles include "Star Dust", "Hippty Hop", "Please", "Man With A Horn", and "Cherry Pink & Apple Blossom White".  © 1996-2022, Dusty Groove, Inc.
(Out of print, Connoisseur pressing. Tray card has a small cutout notch.)

Scorpion – Live At The Cadillac Club
Blue Note (UK), 1970. Used
CD...$12.99
Rare work from funky Lou – unreleased for years! This is an excellent live set that was recorded in 1970, when Lou was at the height of his Blue Note powers, and working with a group that included Idris Muhammad (drums), Melvin Sparks (guitar), and Leon Spencer (organ). Recorded live at the ... CD