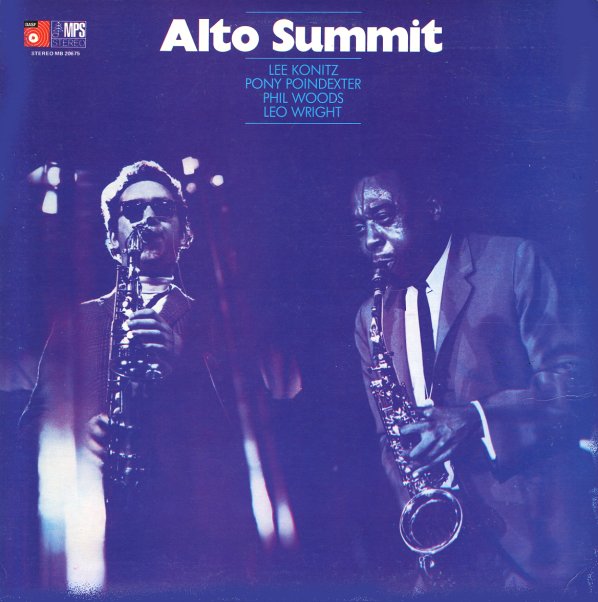 A well-conceived session that brings together 4 extremely different styles of altoists – the icy Lee Konitz, the freewheeling Phil Woods, the soulful Pony Poindexter, and the rhythmic Leo Wright – all backed by a hiply swinging modern rhythm section that includes Steve Kuhn on piano, Palle Danielsson on bass, and Jon Christensen on drums. Most tracks feature all four players soloing, and the album includes a great version of Curtis Amy's "Native Land", plus Pony's "Good Booty", Woods' "Perils Of Poda", and Benny Bailey's "Prompt".  © 1996-2021, Dusty Groove, Inc.
(US pressing on PAUSA. Cover has light wear and a cutout notch.)