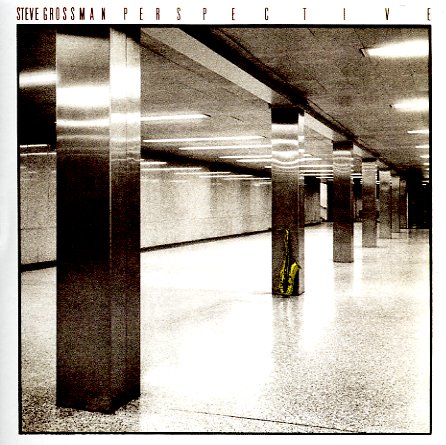 One of the warmer Steve Grossman albums of the 70s – a set that moves away from some of the sharper fusion of his indie label sets, but which still has plenty of fire in Steve's horn! Grossman plays tenor and soprano, and the styles range from soul-fusion groovers, to propulsive jazz jammers, to some mellower moments that are surprisingly nice! Other players include Howard Bugzy Feiten on guitars, Onaje Allen Gumbs on piano and keyboards, Mark Egan on bass, and either Lenny White and Steve Jordan on drums. Things are usually a bit more stripped down than most mainstream fusion albums of the time – with lots of acoustic elements in the forefront, which makes for a setting that never dampens Grossman's power at all. Titles include "Olha Graciela", "King Tut", "Katonah", "The Crunchies", "Creepin", "Arfonk", and "Pastel".  © 1996-2020, Dusty Groove, Inc.