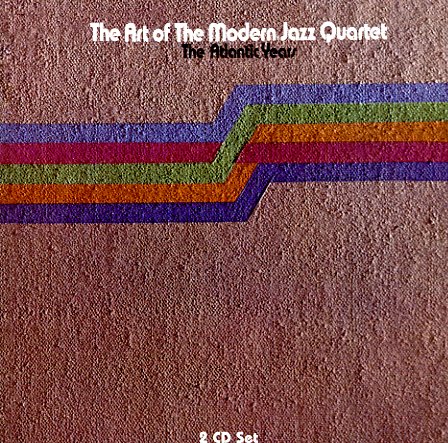 Art Of The Modern Jazz Quartet – The Atlantic Years

A double-length set of work from The Modern Jazz Quartet – a collection of material from their first decade or so on Atlantic Records! The package captures the group when they were really rising to international fame – recorded here both in the US, and in front of their growing audience overseas – mostly with the core quartet of Milt Jackson on vibes, John Lewis on piano, Percy Heath on bass, and Connie Kay on drums – but also featuring occasional work from guests who include Sonny Rollins on tenor, Jimmy Giuffre on clarinet, and an orchestra conducted by Gunther Schuller. Titles include "The Golden Striker", "Cortege", "England's Carol", "Today (Home)", "Lonely Woman", "Django", "Bluesology", "Sketch (For Double Quartet)", "Fun", "Summertime", "Concorde", and "Ralph's New Blues".  © 1996-2022, Dusty Groove, Inc.

Music From Odds Against Tomorrow
United Artists/Universal (Japan), 1959. New Copy
CD...$13.99
A brilliant album through and through – not just a standout from the late 50s years of the Modern Jazz Quartet, but also a compelling soundtrack composed entirely by pianist John Lewis! Lewis' writing was always a key part of the group's sound, but here it really comes into its own – ... CD