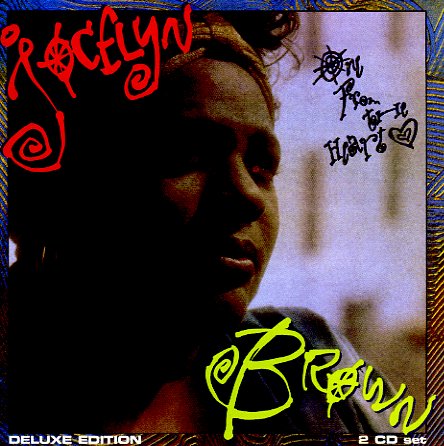 One From The Heart (2CD deluxe edition)

A classic groover from Jocelyn Brown – presented here in a 2CD set that's overflowing with remixes! One From The Heart was a big mainstream moment for Jocelyn Brown – the crowning realization of all the great work she'd done in the club underground in the early part of the 80s – presented here with a slightly more crossover vibe, but a sound that's still pretty darn great in the end, thanks to Brown's tremendous vocals. Jocelyn's really keeping an older style of female soul alive here – amidst some beats and more programmed rhythms – belting things out with the pipes that first rose her to fame in the disco years, pretty proud and unabashed here. Rhythms are better than usual for a major label record like this – thanks to help from Hubert Eaves and Jellybean – and titles include "Love's Gonna Get You", "Ego Maniac", "True Love", "Caught In The Act", "I Cry Real Tears", and "Living Without Your Love". Bonus CD features 10 more remixes – of "Ego Maniac", "Caught In The Act", and "Love's Gonna Get You".  © 1996-2021, Dusty Groove, Inc.