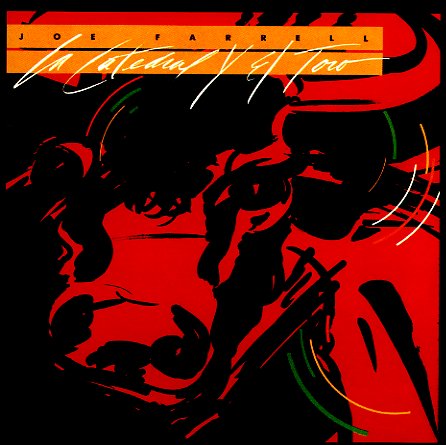 A mix of Latin modes and soulful fusion grooves – both of which make for an excellent album from the post-CTI years of reedman Joe Farrell! Joe plays soprano, tenor, and flute on the record – always with that well-crafted groove he first brought to jazz back in the 60s, working in a more modern context – still sounding wonderfully fresh here in the larger backdrops of a record like this – definitely a cut above most mainstream artists of his nature! Production is by Ralph MacDonald and William Eaton, with a great blend of soul and jazz – and all cuts are instrumental, with help from players who include Eric Gale on guitar, Richard Tee on keyboards, Anthony Jackson on bass, and Steve Gadd on drums. Titles include "Promise Me Your Love", "La Catedral Y El Toro", "Disco Dust", "Cyclone Rider", "Is It Asking Too Much", and "Imagine Me".  © 1996-2022, Dusty Groove, Inc.