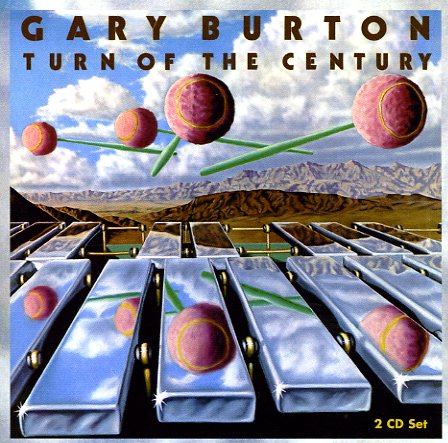 Very hip material from vibesman Gary Burton – tunes recorded for Atlantic Records in the late 60s and early 70s, a label that allowed Burton a great chance to experiment in a range of different styles! Some tunes are very groovy, even a little bit funky – while others show more of the chromatic approach that Burton would develop even more strongly in later years, still played here with a nice sense of swing amidst the modern tones. Other players include Richard Tee on organ and piano, Steve Swallow on bass, Jerry Hahn and Eric Gale on guitars, Keith Jarrett on piano and electric piano, and Stephane Grappelli on violin – and in addition to vibes, Burton also plays piano, electric piano, and organ. Titles include "Vibrafinger", "Moonchild/In Your Quiet Place", "Coquette", "Throb", "Turn Of The Century", "Henninger Flats", "Hand Bags & Glad Rags", "Las Vegas Tango", "Some Echoes", "Daphne", "Fortune Smiles", and "Chega De Saudade".  © 1996-2021, Dusty Groove, Inc.

Keep On Comin
Elektra/Wounded Bird, 1983. New Copy
CD...$6.99 11.99 (LP...$5.99)
A great back to basics session from organist Jimmy Smith – recorded live in the early 80s, but with a freewheeling small combo sound that takes us back to his Blue Note years! The group on the album's a quartet – with Jimmy on both piano and organ, Kenny Burrell on guitar, and Johnny ... CD

Legendary Profile
Atlantic/Wounded Bird, 1972. New Copy
CD...$6.99 11.98 (LP...$7.99)
A cool 70s album from the Modern Jazz Quartet – and one that has John Lewis playing a bit of electric piano, in addition to his usual acoustic keys! At some level, it almost feels like the group's working off the lessons learned during their Apple Records years – and are also picking ... CD