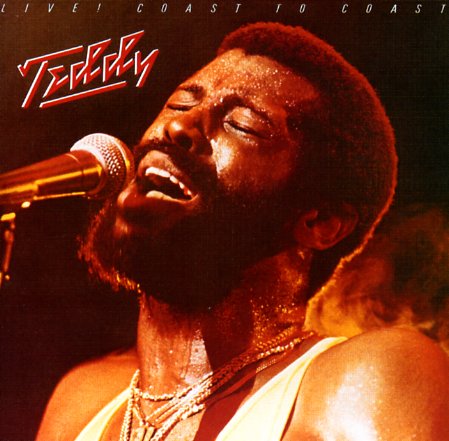 Teddy Pendergrass follows up the style of Lou Rawls' double live album for Philly International – and goes for a very similar mix of modes that showcases all his charm and soulful spirit! The 2LP set features material recorded in both Philly and LA – with a fair bit of Teddy's working the audience along with the tunes. And as an added bonus, side 4 of the album also features radio interview material with Teddy, plus a few new studio tracks for the set – a nice addition, but one that also makes us wonder why, after 2 locations of live recording, they couldn't get together enough concert material for the record! Titles include "Life Is A Song Worth Singing", "Only You", "Turn Off The Lights", "Do Me", "Close The Door", "Come Go With Me", "Where Did All The Lovin Go", "Get UP Get Down Get Funky Get Loose", "When Somebody Loves You Back", "Shout & Scream", "It's You I Love", and "LA Rap".  © 1996-2020, Dusty Groove, Inc.
(Out of print.)

Slow Jams – Timeless Collection Vol 6
Right Stuff, 1970s/1980s. Used
CD...$6.99
Cheesy packaging, to be sure – but a pretty decent collection of smooth soul cuts from the 70s and 80s! Titles on this volume include "Love's Holiday" by Earth Wind & Fire, "After The Pain" by Betty Wright, "Just Shopping" by The Dramatics, "Losing ... CD