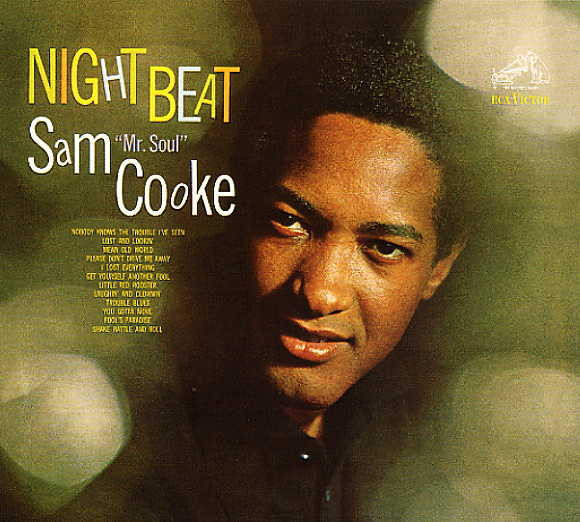 Wonderful mellow work from Sam Cooke – and a set that's recorded with a sound that's very much in keeping with the "night beat" that you might expect from the title! In fact, there's not so much a "beat" as a simple easy groove – a gentle sort of "night" feeling, with some piano in the lead on many tracks, and backing by a larger group conducted by Rene Hall – a great setting that lets Cooke hit some of his most soulful moments on record from the time! The album includes many lesser-known Cooke performances – including "Trouble Blues", "You Gotta Move", "Fool's Paradise", "Lost & Lookin", and "Mean Old World".  © 1996-2021, Dusty Groove, Inc.
(Out of print. 1995 jewel case pressing.)