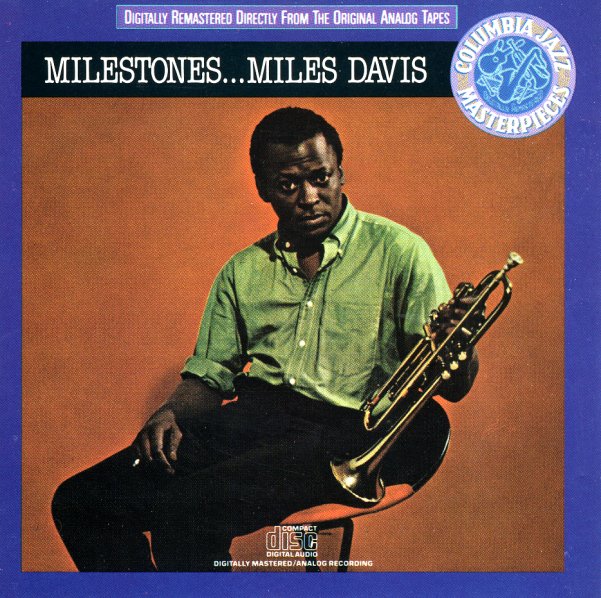 One of our 50s favorites by Miles Davis – and a record that offers the same twin-sax sound as his classic Kind Of Blue – with both John Coltrane and Cannonball Adderley working alongside Miles in the group! Rhythm here is by the Prestige-era trio of Red Garland on piano, Paul Chambers on bass, and Philly Joe Jones on drums – but it's the two saxophonists who really help Davis shape the feel of the record, pushing things past the initial Coltrane/Davis groove with a really wonderful sense of space and sound! Titles include the classic "Milestones", plus "Two Bass Hit", "Dr Jeckyll", and "Sid's Ahead".  © 1996-2022, Dusty Groove, Inc.
(Out of print.)

Complete Live At The Plugged Nickel 1965 (8CD boxset)
Columbia/Legacy, 1965. Used 8 CDs
CD...$149.99
This stunning live set has been hailed by many as one of the finest moments of Miles' mid 60s career – music played with a frenetic energy that even blows away the famous studio sessions of the time! The group here is a landmark lineup – young modernists Wayne Shorter on tenor, Herbie ... CD