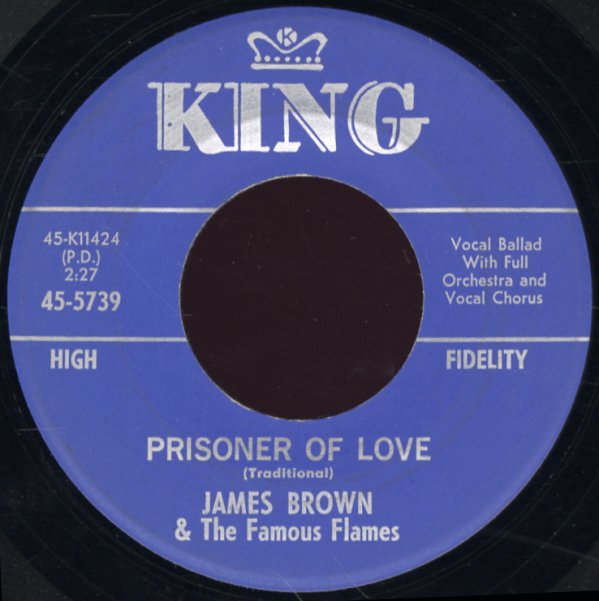 "Prisoner Of Love" is a version of the 50s pop hit – done by James in a style that's still pretty raw, despite the string-heavy backings! "Choo Choo" is a honking instrumental, with a tight R&B groove!  © 1996-2020, Dusty Groove, Inc.
(Label has a drillhole and a small speck of paint.)

King Heroin/Theme From King Heroin
Polydor, 1972. Near Mint-
7-inch...$6.99
"King Heroin" is one of James' most enduring songs of the 70s – and although it's not as funky as some of the others, it's got an incredibly soulful political message that's still extremely compelling today. The flip's got a nice version of the song's theme, too. 7-inch, Vinyl record

Sexy, Sexy, Sexy/Slaughter's Theme
Polydor, 1973. Near Mint-
7-inch...$3.99
2 killers by James! Both tracks are from the soundtrack to Slaughter's Big Ripoff, and "Sexy Sexy Sexy" is a stone cold winner that always gets overlooked in surveys of James' funky singles from the time. Very nice! 7-inch, Vinyl record