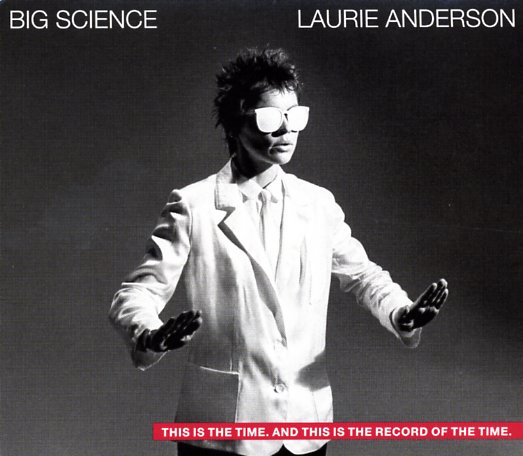 One of the greatest albums to come from the New York underground of the early 80s – even if it was a relatively big "hit" on a major label! Laurie Anderson is in perfect form here – drawing on a strong tradition of avant garde performance, but without any of the indulgences that would mire down performance art in years to come. Instead, she's got a clean, clear style that's simply amazing – spoken passages that are poetic and pointed, but which also have a slight undercurrent of wit – a charming quality that never takes itself too seriously, even when the sounds and styles are somewhat dark. Instrumentation includes some great rhythm passages from David Van Tieghem, plus surprising performances from Rufus Harley on bagpipes and George Lewis on trombone. Titles include "From The Air", "Big Science", "O Superman", "Born Never Asked", "Walking & Falling", "Example #22", "Let X = X", and "It Tango".  © 1996-2022, Dusty Groove, Inc.
(Includes printed inner sleeve. Cover has light wear.)