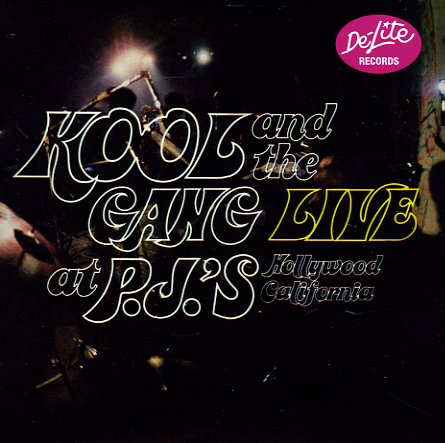 One of the greatest Kool & The Gang albums ever – a monster live session that almost blows away their studio classics! The groove here is far more freewheeling and complex than some of their singles from the 70s – longer, tripped-out tunes with a definite undercurrent of jazz amidst the funk – loads of wicked horn bits from Ronnie Bell and Dennis Thomas that complicate things up nicely, while still staying soulfully in the groove. There's no vocals at all on the record – which further enforces the Kool Jazz sound of the set – and the album's even harder-hitting than their previous Sex Machine live album, so much so, the PJ's club had to close its doors shortly after the Gang's performance! Titles include the all-time killer sample cut "Duji" – plus "NT", "Ronnie's Groove", "Ricksonata", "Lucky For Me", "Sombrero Sam", and a medley of "Ike's Groove/You've Lost That Lovin Feeling". CD also features a rare bonus cut – "The Penguin" – recorded at the time, but not issued on the original album! Plus, this reissue is even better than the previous one – packaged with a full-color booklet of notes and rare images.  © 1996-2023, Dusty Groove, Inc.
(Barcode has a cutout hole.)