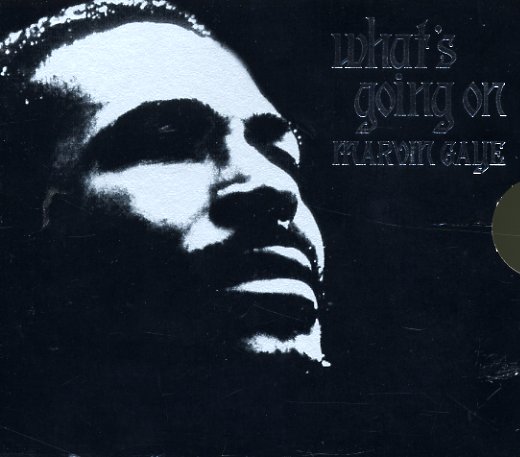 One of the few cases in the history of pop music where the record is worth all the hype! Marvin blew everyone's mind when he unleashed this amazing suite of political soul tunes – not only just because he'd moved past the simple love songs of earlier years, but also because he was working with an amazingly complicated approach to soul music, one that would touch the work of others for years to come. David Van DePitte arranged and conducted the whole album – with soaring orchestrations mixed with smooth modern soul, in a style that reminds us a lot of the work of Charles Stepney at Cadet, who'd been doing this sort of thing for years but with less success. In the hands of Marvin Gaye, though, the material has an amazing quality – and all the disparate elements of the album are fused together in one powerful message by Marvin's incredible voice. One that we never tire of, and a record to be listened to all the way through every time. Titles include "What's Goin On", "Save The Children", "Flyin High (In The Friendly Sky)", "Mercy Mercy Me (The Ecology)", and "Inner City Blues (Make Me Wanna Holler)".  © 1996-2022, Dusty Groove, Inc.
(BMG Direct pressing. Includes slipcover and large booklet.)

Meet The Supremes (2CD edition – with bonus tracks)
Motown/Hip-O Select, 1962. Used 2CD
CD...$39.99
An amazing collection – way more than just an expanded version of this classic album, given that there's enough tracks on here for four records overall! The core set is sublime early material from The Supremes – the group's first album for Motown, but one that already shows them ... CD

Talking Book
Motown, 1972. Used
CD...$4.99 (CD...$3.99)
One of the classics, and an album that's filled with a sense of majesty and power that will knock you dead – despite the kind of silly cover of Stevie sitting on a hill, playing in the dirt! By this point, Stevie knows he's on top of the world as well he should – and he's honing the ... CD