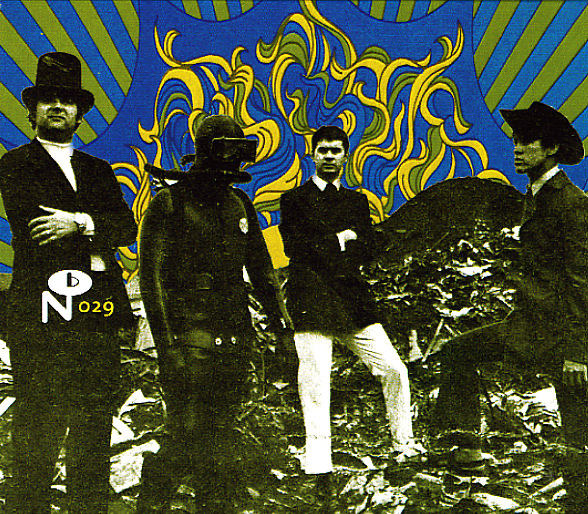 Rare late 60s psychedelia from blue collar Rockford, Il – a totally great lost album of pop psych tunefulness from Pisces – who had an incredible knack for experimental sounds that weave in and out of the hallucinatory pop structure! The group centered around core players Jim Krein and Paul DiVenti, and a number of the tunes have fragile, beautiful lead vocals by Linda Bruner, bringing in a bit of Velvets style stark, haunting loveliness – and most of the tracks languished unreleased all this time! This is essentially the first real release of almost all of the tunes, and the best shot at finding an adventurous audience any of it has ever had! We think this stuff would have been hugely influential had it found an audience in its time, hell, it sounds to us like it actually did influence countless groups, even though that's hardly even possible! There's a tunefulness at the center that bears the fruits of the experimental pop sounds that came from benchmark scenes of the era, from Haight Ashbury to Abbey Road – but the found sound ephemera, tape manipulations, and tripped out atmospherics really bring in some far out vibes! An essential discovery from Numero that's as exciting, insistently groovy and eclectic as any of the rock oriented stuff they've dug up to date! Titles include "Dear One", "Children Kiss Your Mother Goodnight", "Motley Mary Ann", "Say Goodbye To John", "The Music Box", "Like A Hole In The Wall Where The Rat Lives", "Elephant Eyes", "Circle Of Time" and more – plus the "extended play" bonus tracks "A Flower For All Seasons" and "In The Summer A Grape Grows".  © 1996-2023, Dusty Groove, Inc.