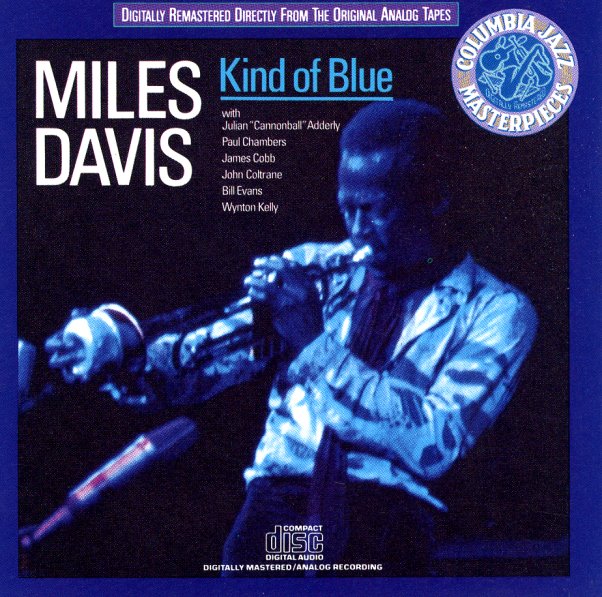 What can we say? This is the ultimate Miles Davis album – the one that includes so many songs that we've heard way too much in Starbucks, in retail stores, or at a friend's house who claims to be a "jazz expert", but is really a yuppie dilettante. Yet somehow, over all the years, and all those playings, the record manages to still sound fantastic – a truly inspirational piece of music that's long deserved all the attention it gets! The legendary group on the album includes John Coltrane on tenor, Cannonball Adderley on alto, Bill Evans on piano, and Paul Chambers on bass – working with Miles in a relatively modal style, with brilliant rhythm changes and a wonderful sense of space. The whole thing's sublime – and titles include "Blue In Green", "All Blues", "So What", and "Freddie Freeloader".  © 1996-2021, Dusty Groove, Inc.
(Columbia Jazz Masterpiece pressing.)