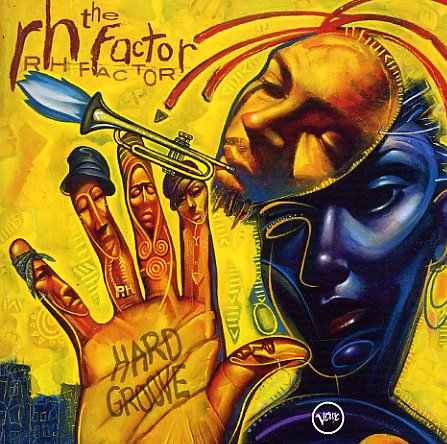 A funky collaboration of new and old players – as trumpeter Roy Hargrove explores a range of classic styles with a host of excellent guest stars! The RH Factor project includes work by Bernard Wright, Cornell Dupree, Karl Denson, and other funk luminaries – and it also features great vocal performances from the likes of Common, Q-Tip, Erykah Badu, and D'Angelo. The groove soars from Miles-inspired electric to the heavy funk of George Clinton – and makes plenty of side-trips in between – exploring a range of soulful jazz, both new and old, and coming off a lot better than we might have thought! Titles include "Pastor T", "I'll Stay", "Common Free Style", "Juicy", "The Stroke", "Poetry", "Liquid Streets", "The Joint", and "Forget Regret".  © 1996-2022, Dusty Groove, Inc.
(Barcode has a cutout hole, case has a clear promo sticker.)

Incognito Remixed
Verve/Suonaphone, 1996. Used
CD...$2.99 4.99
A great package that sees the work of Incognito getting remixes and souped up a bit more – jazzy grooves gone dancefloor, served up by a host of great talents from the mid 90s. Titles include "Always There (MAW rmx 96)", "Givin It Up (Rober Sanchez Uplifting club mix)", ... CD