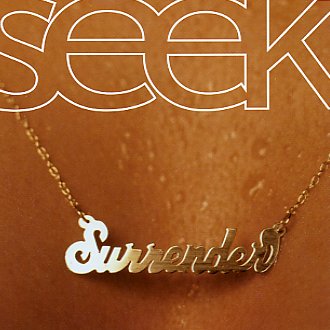 The first full length album by Seek – one of the leading lights in the hip Atlanta scene that also includes Laurnea, Donnie, and Julie Dexter! The record's been in the works for years, but it's been worth waiting for – as the group's evolved into a really tight soul outfit with a great future in store for them! Lead vocalist Lisa Terry has a wonderful sound that's been honed on the few club singles the group's recorded – sweet and smooth, but still deeply sensitive – a great fit for the keyboard-filled backings crafted by the rest of the group. Rhythms are warm and bubbling – slightly cosmic, but never too far-out or trippy – just gently stepping around the grooves, peppered with occasional folksy touches that show the deeper soul roots of the group. A hit in the making if there ever was one – with tracks that include "Livin The Life", "Give", "Out", "Sky High", "The Story Of Us", "Shine", "Somedays", and "Everafter".  © 1996-2021, Dusty Groove, Inc.
(Out of print.)

Meshell Ndegeocello Presents The Spirit Music Jamia – Dance Of The Infidel (French pressing)
Universal (France), 2005. Used
CD...$8.99
An incredible departure for Meshell Ndegeocello – a jazz-based project with a sound that's different than any of her other work! The album shows a depth that we never expected – a richly instrumental mode that's only touched by vocals on a few songs – and which is mostly ... CD