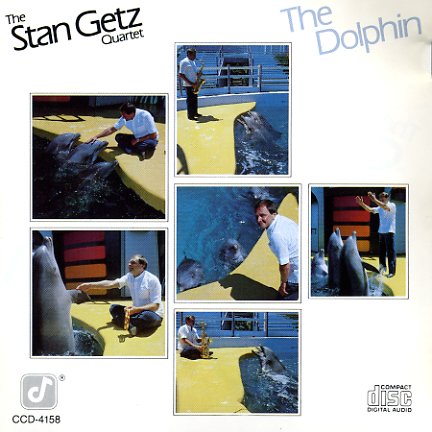 One of the best later moments from the great Stan Getz – a set we might even place on the same level as his 60s work for Verve – and certainly at the same par as his records in the 70s for Columbia! Yet this set is quite different than that latter batch – as it has Getz really going back to basics – hitting an open, flowing vibe that shows all the best elements he picked up from 60s changes – including bossa, traces of Coltrane, and more – but delivered with a wonderfully understated style throughout. The tracks are long, and have a magnificent flow – and Getz works with a great quartet that includes Lou Levy on piano, Monty Budwig on bass, and Victor Lewis on drums. Titles include a sublime reading of Luiz Eca's "The Dolphin", plus "The Night Has A Thousand Eyes", "Joy Spring", "A Time For Love", and "Close Enough For Love".  © 1996-2023, Dusty Groove, Inc.

Sweet Rain
Verve, 1967. Used
CD...$9.99
One of Stan Getz's greatest records – no fooling! This gem often gets overlooked because it was issued in the years between Stan's bossa recordings and his later pop experiments – but trust us, it's a totally solid jazz album, with a quality level that was hardly ever matched by Getz ... CD

49th Parallel
Concord, 1987. Used
CD...$8.99
An overlooked moment of genius from Canadian bassist Neil Swainson – maybe the only album of his we've seen as a leader, and a tremendous showcase for the talents of Joe Henderson on tenor and Woody Shaw on trumpet! The album's a beautiful burner – filled with original songs by Neil, ... CD