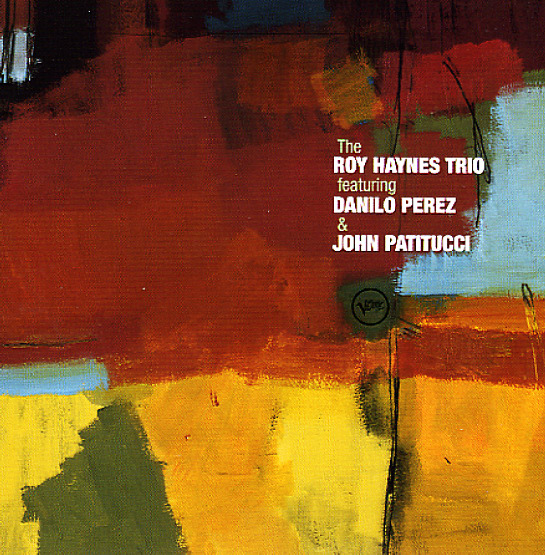 A two part album that features the trio in the studio and again in a live set, recorded at a small club in Boston. Roy Haynes on drums, Danilo Perez on piano, and John Patitucci on bass.  © 1996-2021, Dusty Groove, Inc.
(Out of print, punch through barcode.)

Johnny Hodges With Billy Strayhorn & Orchestra
Verve, 1961. Used
CD...$7.99
Some rare non-Ellington material from Billy Strayhorn and Johnny Hodges – recorded as part of a series done by producer Stanley Dance at the end of the 50s! The feel here is a almost a bit more open and less restrained than the usual Ellington groove – with some standout longer tracks, ... CD

Back To Back
Verve, 1959. Used
CD...$4.99 (LP...$19.99)
Duke Ellington makes a rare Verve appearance on this classic album – and works strongly in the mode of earlier sides recorded for the label by Johnny Hodges! There's a relaxed, small group feel going on here – one that's a bit different than some of the tighter Ellington work on ... CD

Jimmy & Wes – The Dynamic Duo
Verve, 1966. Used
CD...$5.99
Excellent meeting between 2 mighty talents who rarely recorded together! Oliver Nelson did the arrangements and leads a big band, but the real focus is on Jimmy and Wes' solos, which are given a lot of room to roam in long tracks like "James & Wes", "Night Train", and " ... CD

Steamer (with bonus tracks)
Verve, 1956. Used
CD...$5.99
The title may be a bit strangely put – as "Steamer" isn't a word that we'd necessarily think to use with the gently flowing tenor tone of Stan Getz – but that doesn't stop the album from being a great one, and perhaps in Getz-like terms, it might well have a bit more steam ... CD