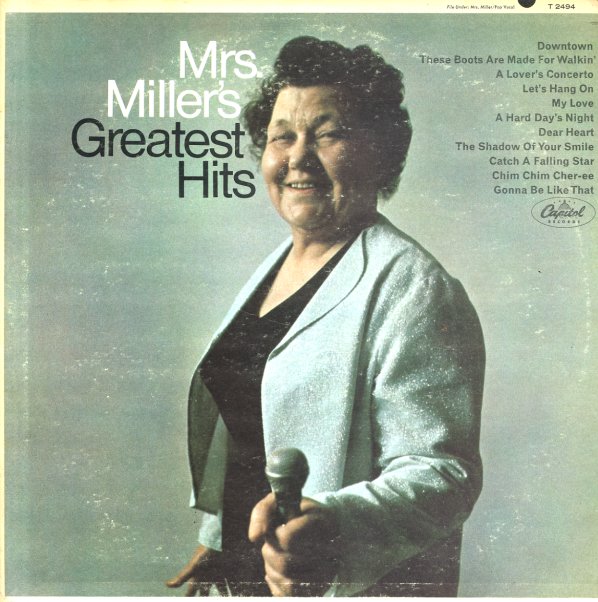 Who can ever figure this chick out? Mrs Miller was a strange denizen of the bottom level of the music industry food chain – and her stock-in-trade was performing 60s pop tunes with a shrill fuddy-duddy style that was instantly recognizable, and forever annoying! This record is less of a "best of" than just a collection of her versions of 60's pop stuff like "These Boots are Made for Walkin", "Chim Chim Cher-ee", and "Downtown" – all given the mad Miller Sound treatment, with a harsh edge, and a wacky off-kilter sound. Wild stuff, and very goofy!  © 1996-2022, Dusty Groove, Inc.
(Mono rainbow label pressing. Cover has a FREE punch-out, some wear and aging, and small seam splits.)

Kaleidoscope
Capitol, Early 70s. Very Good+
LP...$3.99
One of the nicer albums from a period when Nancy was experimenting with a style that was a lot more overblown and sophisticated than that on some of her earlier pop hits. The record's kind of of a more soulful take on late Reprise Sinatra styles – with large arrangements by James Mack that ... LP, Vinyl record album