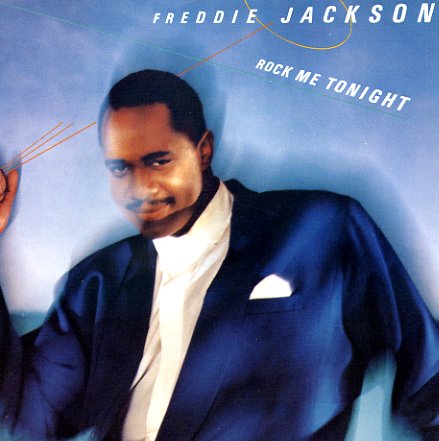 Freddie Jackson was certainly one of the biggest new soul stars of the 80s – and this debut LP is still a treasure! Freddie's got a skill that transcends his age – with an approach that's decidedly 80s, but classic enough to last for years and years. The songs on the record are all extremely well-written, and although the arrangements have certain elements that might date – like DX7, drum machine beats, and floppy bass pedal riffing – the quality of the work is super-high all around, and Freddie's rich soul vocals hold everything together perfectly. Catchy tunes abound – and tracks include "He'll Never Love You (Like I Do)", "Rock Me Tonight (For Old Times Sake)", "Calling", "I Wanna Say I Love You", and "You Are My Lady".  © 1996-2021, Dusty Groove, Inc.
(Out of print.)

Al Green's Greatest Hits (with bonus tracks)
Hi Records/Right Stuff, 1975. Used
CD...$3.99
What can we say? Most of the biggest hits, and many of the very best tracks cut in the prime of Al Green's career – which is to say some of the very best Memphis soul ever recorded! It's just one of these Greatest Hits packages of pure, inarguable perfection – with "Call Me" ... CD