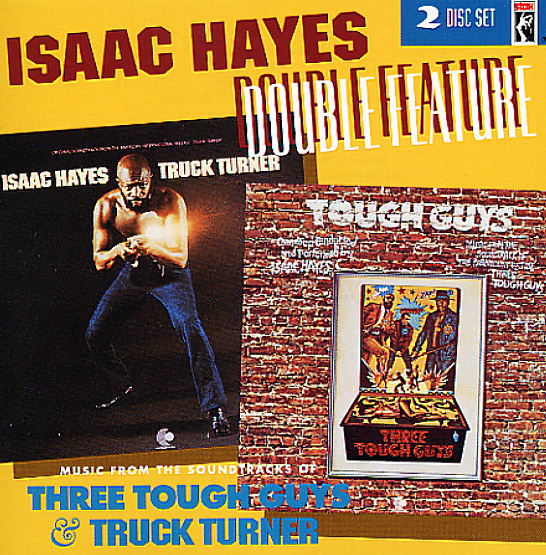 2 massive Isaac Hayes soundtracks in one set – both from the magical cinematic year of 1974! Truck Turner is a hard and heavy soundtrack that we like even more than his classic work on Shaft! Unlike Shaft, Ike actually starred in the film Truck Turner – which may be one reason why he brought his full game to the table for the record – and scored a batch of badass tunes that still stand with some of the best funky soundtrack work of the 70s! The rhythm's especially hard on the best cuts – really crackling with a lot of intensity, and a stark, hard funky sound that's made the record a favorite of beatheads for years! Ike kicks it hard on cuts like "Pursuit Of The Pimpmobile", "House Full Of Girls", "Drinking", "Give It To Me", "Now We're One", "Breakthrough", "House of Beauty", and the massive title cut "Truck Turner". Tough Guys is deeper and more complicated than the groove of Shaft and Truck Turner, and filled with some great tunes that glow with color, life, and imagination – showing an Isaac Hayes that almost seems to be moving beyond the usual blackploitation groove! The album sports 2 really classic tunes – the title theme "Tough Guys", and the classic "Hung Up On My Baby" – both of which have a solidly funky feel that will more than please the usual soundtrack beathead crowd. But overall, the other tunes twist and turn in a delightful mix of modes – expanding on the soulful territory Ike first explored in his original soundtracks, and offering up a great range of moods and emotion. The album's got some especially great chromatic guitar work – and other titles include "Joe Bell", "Randolph & Dearborn", "Buns O Plenty", "Run Fay Run", and "Red Rooster".  © 1996-2022, Dusty Groove, Inc.

Chocolate Chip (Japanese paper sleeve edition)
HBS/Universal (Japan), 1975. Used Gatefold
CD...$24.99
Slightly later than some of Isaac Hayes' biggest Stax albums – but a great little record that's filled with some excellent smooth soul material! The record shows Hayes really trying to push his style to new levels, and it's got a sophistication that you don't hear on earlier albums – a ... CD