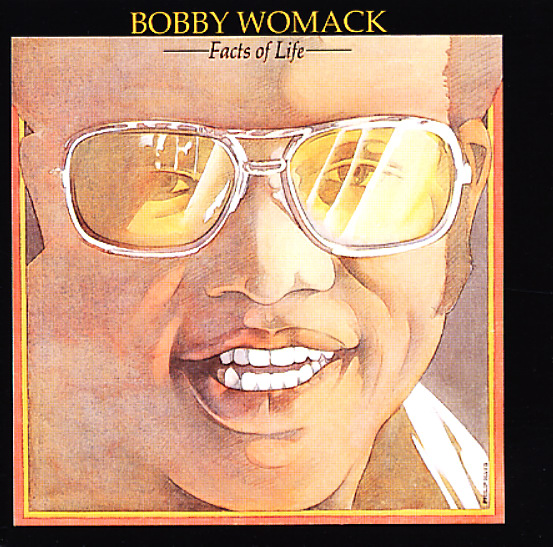 Bobby Womack at the height of his powers – perfectly balancing southern soul roots and 70s soul polish – with an amazing sound that was unlike anyone else at the time! The set was recorded at Muscle Shoals, but has a quality that goes way beyond any of the standard modes from the studio – almost as if Bobby brought a special sort of magic to the sessions that made everyone rise above the sometimes too-familiar work they were giving to the bigger names who were traipsing through the studio. Of course, a big part of the success of the album comes from Womack's amazing vocal delivery – that style that's raspy, yet warm – and which is a perfect fit for the well-penned tunes on the set. Titles include "I'm Through Trying To Prove My Love To You", "Nobody", "If You Can't Give Her Love Give Her Up", and a very cool version of "The Look Of Love".  © 1996-2021, Dusty Groove, Inc.
(Out of print, crease through traycard artwork.)

Poet II
Beverly Glen, 1984. Used
CD...$9.99 (LP...$22.99)
One of Bobby Womack's biggest albums of the 80s – part of a set that helped reintroduce him to the soul music mainstream – and which has him standing tall as the superstar he is – with guest help from George Benson, Patti Labelle, and Wilton Felder! There's a new sort of ... CD

All Day Music (Gold CD)
United Artists/Avenue, 1971. Used
CD...$32.99
A sweet sweet set from the mighty War – and maybe the record that really has the group coming into their own! The record's got a stronger vocal presence than earlier War efforts, which is a really great thing – kind of a blend of sweet soul, heavy funk, and Chicano modes – all ... CD

World Is A Ghetto
United Artists/Avenue, 1972. Used
CD...$11.99 (CD...$11.99)
A monster from start to finish – not only the greatest album from War, but maybe one of the greatest mainstream funk albums of all time! The set's got a really unique groove – one that so many others tried to copy, but which was forged here first – in a wicked LA blend of Chicano ... CD

World Is A Ghetto
United Artists/Rhino, 1972. Used
CD...$11.99 (CD...$11.99)
A monster from start to finish – not only the greatest album from War, but maybe one of the greatest mainstream funk albums of all time! The set's got a really unique groove – one that so many others tried to copy, but which was forged here first – in a wicked LA blend of Chicano ... CD