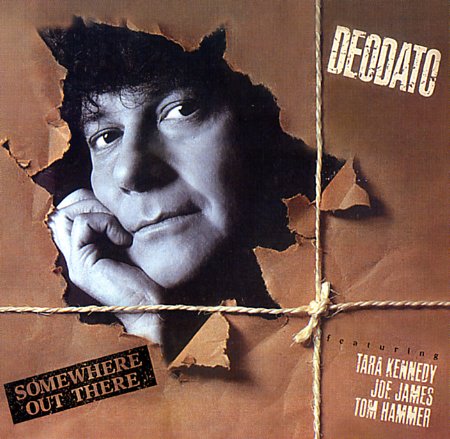 Way more pop than jazz from Deodato – a record that has the keyboardist working with a trio of younger vocalists who alternate lyrics on each track in the set! The approach here takes off from Deodato's strong soul production and arranging work of earlier years, but has a bit more of a crossover sound overall – still echoing strains of his R&B side in the rhythms, yet exposing the real agenda a bit more in the lead vocals of the tunes. Keyboards aren't nearly as important to the sound as the drum programs on the record – and titles include "Everybody Wants To Be My Girl", "Where Can You Run", "When A Lover Says Goodbye", "Forever For You", "Stay With Me", and "Somewhere Out There".  © 1996-2023, Dusty Groove, Inc.
(Out of print.)