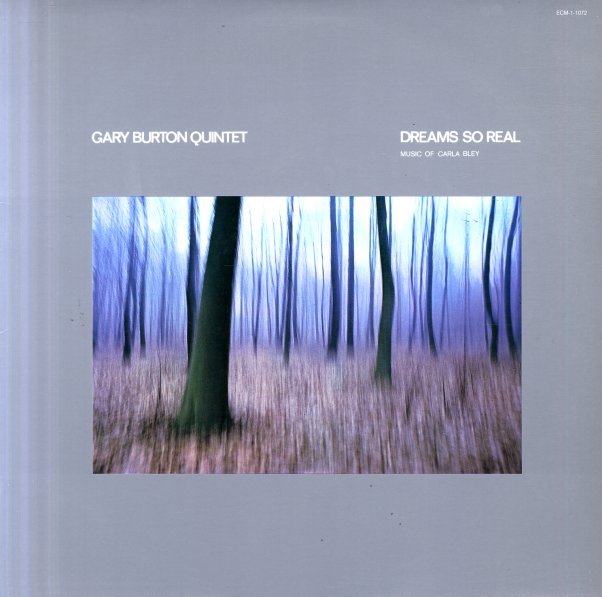 Gary Burton takes on the music of Carla Bley – in a wonderfully sensitive set that opens up rich new colors in her music! The group here is a particularly well-chosen one for the effort – a quintet with Burton on vibes, Mick Goodrick on guitar, Steve Swallow on bass, and Bob Moses on drums – plus a young Pat Metheny on guitar, really shading in the tunes with his evocative tones. Burton's vibes are angular one minute, spare and spacious the next – and in a way, his treatment if Bley's tunes is some of the most sensitive we've ever heard. Titles include "Ictus/Syndrome", "Dreams So Real", "Intermission Music", "Doctor", and "Vox Humana".  © 1996-2023, Dusty Groove, Inc.
(German pressing in a glossy cover, bent a bit around the edges.)

Plays Duke Ellington
Nonesuch, 1986. Near Mint-
LP...$4.99
One of their best ones, and a tight set of Ellington tracks that works perfectly with their multi-horn style. Oliver Lake, Julius Hemphill, Bamiet Bluiett, and David Murray split up the arrangements, and the tracks include "Lush Life", "Come Sunday", "Prelude To A ... LP, Vinyl record album

Best Of Max Roach & Clifford Brown In Concert
GNP, 1954. Near Mint-
LP...$24.99
It's hard to overstate the influence of Max Roach and Clifford Brown on the west coast scene of the 50s – as the two players helped draw out the bop sound of LA that was quickly getting lost in the cool jazz shuffle of the time, and gave it a strength and focus that not only made the group ... LP, Vinyl record album

Chase
Prestige, 1971. Near Mint-
LP...$19.99
Gritty live work from twin tenor giants Gene Ammons and Dexter Gordon – recorded in an open-ended style that's a bit like some of Gordon's famous early work on the Central Avenue scene in LA, or Ammons' famous live "battles" with Sonny Stitt! The date was recorded in Chicago at the ... LP, Vinyl record album