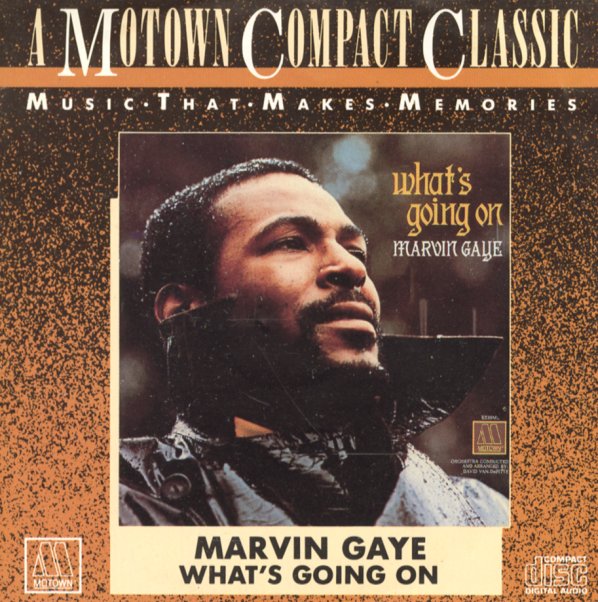 One of the few cases in the history of pop music where the record is worth all the hype! Marvin blew everyone's mind when he unleashed this amazing suite of political soul tunes – not only just because he'd moved past the simple love songs of earlier years, but also because he was working with an amazingly complicated approach to soul music, one that would touch the work of others for years to come. David Van DePitte arranged and conducted the whole album – with soaring orchestrations mixed with smooth modern soul, in a style that reminds us a lot of the work of Charles Stepney at Cadet, who'd been doing this sort of thing for years but with less success. In the hands of Marvin Gaye, though, the material has an amazing quality – and all the disparate elements of the album are fused together in one powerful message by Marvin's incredible voice. One that we never tire of, and a record to be listened to all the way through every time. Titles include "What's Goin On", "Save The Children", "Flyin High (In The Friendly Sky)", "Mercy Mercy Me (The Ecology)", and "Inner City Blues (Make Me Wanna Holler)".  © 1996-2021, Dusty Groove, Inc.
(Older Motown Compact Classic edition from the 80s.)