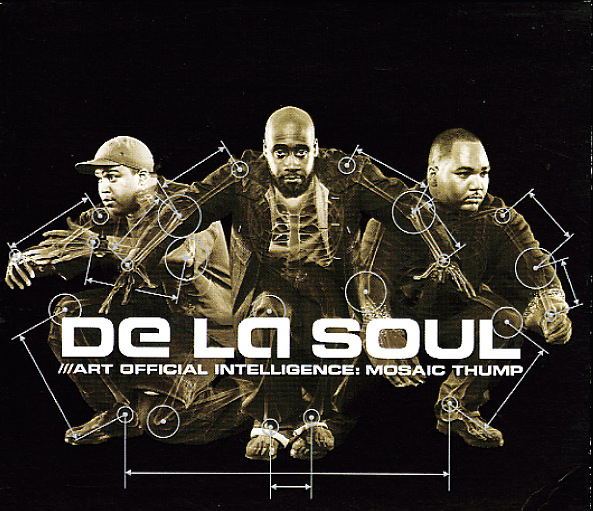 All hits and almost no misses – starting with "Oooh", easily the best single of the '00, featuring some nice quotes from classic hip hop tracks ranging from the Funky 4 + 1 to Mos Def, and some of Redman's best verses in a while. De La Soul basically started the whole skits-between-songs concept, or at least they perfected it, and (unlike too many other artists) here they get it right again – even the three hilarious "Ghostweed" skits featuring cameo appearances from Pharoahe Monch, Q-Tip, and Black Thought hold up to repeated listenings. Also includes "My Writes", "Thru Ya City", "All Good?", 'Words FromThe Chief Rocker" and the "Art Of Getting Jumped" – 17 tracks in all.  © 1996-2021, Dusty Groove, Inc.
(Out of print. Digipack has some wear.)

It Takes A Nation Of Millions To Hold Us Back
Def Jam, 1988. Used
CD...$4.99 (CD...$6.99)
The massive second album by PE – and the one where where the hit their full creative stride, and their politics and philosphy hit at full force – moving Public Enemy from an imposing threat to both the hip hop and pop music status quo to a straight up cultural phenomenon! There's ... CD

3 Years, 5 Months, & 2 Days In The Life Of
Chrysalis, 1992. Used
CD...$2.99
The debut of Arrested Development – a worthy critical favorite early in it's release cycle the went on the dismissed by lot of hip hop heads after it became a hit – and a solid, spiritually resonant effort well worth a reappraisal after all these years! They really was no other hip hop ... CD

Death Certificate
Priority, 1991. Used
CD...$7.99
Cube's anger goes full throttle on his second post NWA full-length. He takes every aspect of his social commentator standpoints to another level from his solo debut – the roles of the angry and educated leader, and the finger-pointing blamer each get their say here, and so do those ... CD