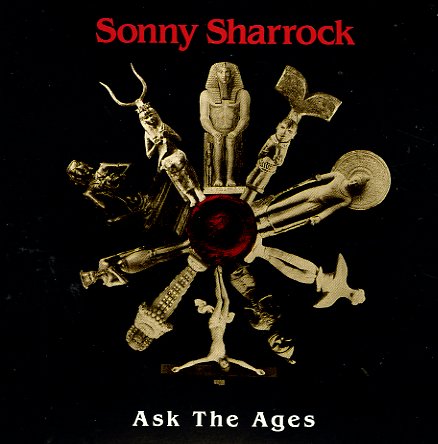 A set recorded during that tremendous late 80s/early 90s point when guitarist Sonny Sharrock was really hitting on all creative burners – and one that also features the legendary Pharoah Sanders on tenor, who gives the record a slightly different vibe than some of Sharrock's other records from the time! Make no mistake, Sonny is very strongly in the lead – and he also produced the record with Bill Laswell, whose efforts are definitely felt here – but there's also more of a jazz core to the whole thing, with long tracks that have a very live, spontaneous vibe – as Sharrock fuzzes out his guitar, but is matched with soulful energy from Sanders on tenor – and given some great pulsating rhythms from Charnett Moffett on acoustic bass and Elvin Jones on drums. These three players really offset some of Sonny's more self-indulgent tendencies – and titles include "Little Rock", "Promises Kept", "Who Does She Hope To Be", "As We Used To Sing", and "Many Mansions".  © 1996-2022, Dusty Groove, Inc.
(CONDITION NOTE: disc has a number of marks, but plays fine – a good play copy.)

Too Much Sugar For A Dime
Island/Axiom, 1993. Used
CD...$9.99
Produced by Bill Laswell – with Leroy Jenkins on violin, Mark Taylor on French horn, Edwin Rodriguez and Marcus Rojas on tubas, plus Masujaa and Brandon Ross on electric guitar. CD