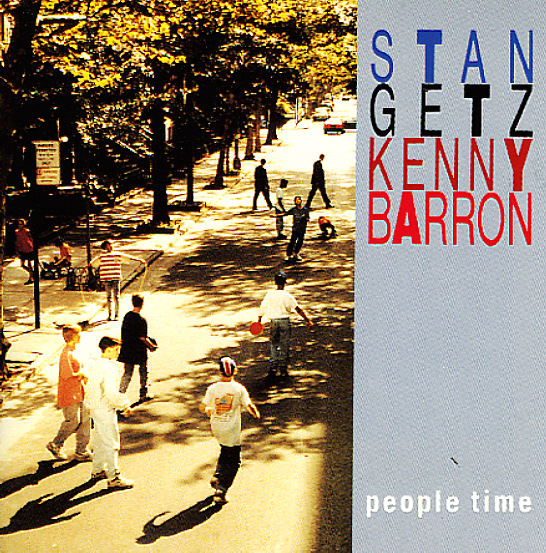 Stan Getz and Kenny Barron – a perfect pairing on the famous People Time record! The album was recorded quite late in Stan's career, but it also represented a new flowering too – a wonderfully mature approach to tenor sax that mixed up all the dark corners and warm moments of previous years, given beautifully subtle accompaniment in the piano of Barron. Kenny's got a way of doing a lot with a little – just like Stan – and their pairing here quickly became the stuff of legend, once the album was released. There's no other players – no bass or drums – but Kenny puts the groove together perfectly for Stan, whose blowing only seems to get more and more sublime in the space of the set.  © 1996-2022, Dusty Groove, Inc.
(Out of print, punch through barcode.)