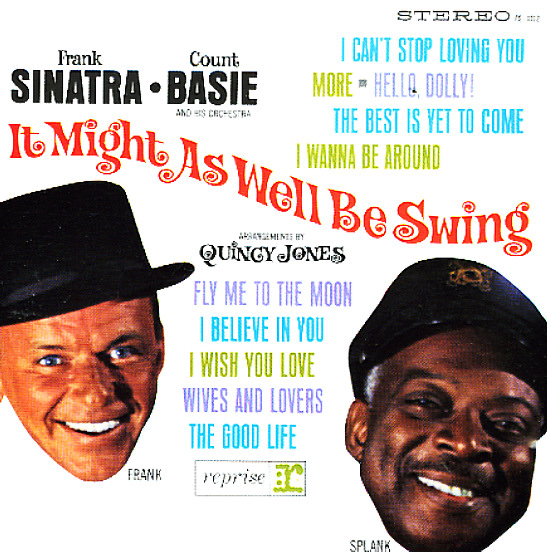 One of Sinatra's greatest records ever – pure genius all the way through! Frank's backed here by the orchestra of Count Basie, with some incredible arrangements by Quincy Jones that really have a jazzy, syncopated kick to them. The move seems to be an unintentional way of covering for Frank's slightly failing pipes – but it also picks up on a seminal beat change in 60s pop, the same sort of gentle snapping groove that you'd find in the best work by Bacharach, a shift that really infuses Frank's vocals with a whole new sound, one that shows that he's ready to keep on growing and growing after being stuck in a Nelson Riddle rut. All tracks are superb – hip 60s pop and showtunes, like "I Believe In You", "Fly Me To the Moon", "More", "The Good Life", "Wives & Lovers", and "I Wanna Be Around".  © 1996-2021, Dusty Groove, Inc.
(Out of print. Disc has a bit of marker.)

Maiden Voyage
Concord, 1998. Used
CD...$2.99
Features piano and arrangements from Michael Abene – and work from Joe Beck on guitar and Avishai Cohen on bass – plus guest piano from Herbie Hancock on a nice version of "Maiden Voyage". CD