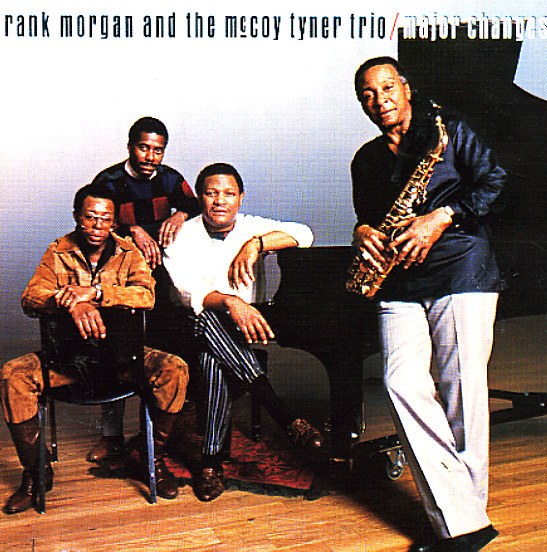 Features Frank Morgan on alto and McCoy Tyner on piano, with Avery Sharpe on bass and Louis Hayes on drums. Tracks include "How Deep Is The Ocean", "Emily", "Search For Peace", "Frank's Back", and "Theme From Love Story".  © 1996-2021, Dusty Groove, Inc.
(Out of print.)

Art Pepper Meets The Rhythm Section
Contemporary/OJC, 1957. Used
CD...$6.99
One of Art Pepper's classic recordings, in which he plays with a spare quartet backing by Miles Davis' rhythm section at the time – Paul Chambers, Red Garland, and Philly Joe Jones. An essential East meets West jazz recording, with Art at the top of his game, playing in a unique setting for ... CD

Double Play!
Contemporary/OJC, 1957. Used
CD...$6.99
A goofy title and cover – but a really unique session of two-piano jazz, recorded with Russ Freeman and Andre Previn on the keys, plus only the drums of Shelly Manne to provide additional support! The sound is really great – and Previn's especially wonderful here, really stretching out ... CD

Barney Kessel Plays Carmen
Contemporary/OJC, 1958. Used
CD...$9.99
An odd choice for material, but a surprisingly nice record – and just the kind of session needed to break Barney Kessel out of some of his too-familiar trio modes of the 50s! The record here features jazz takes on tunes from the opera Carmen – in case you didn't figure that out from ... CD