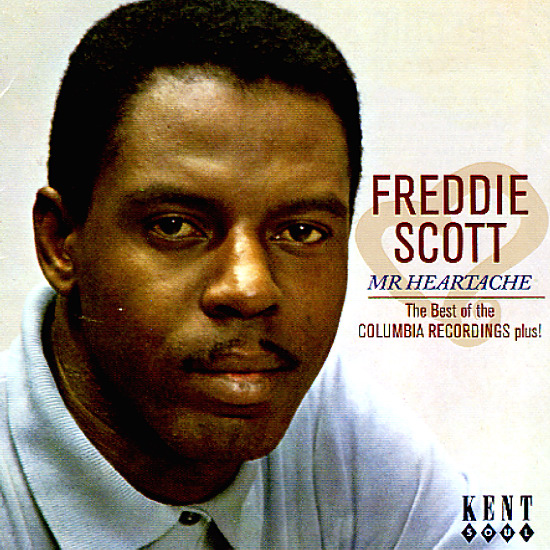 Massive soul from Freddie Scott – exactly the kind of set that has us wondering why he wasn't a bigger star back in the 60s! Freddie's style is very mature – never too polished, yet totally put-together – in a way that rivals other 60s male greats like Jerry Butler and Walter Jackson – both of whom are a good comparison for the sophisticated vibe that Scott's going for in his music here! Backings have a strong uptown soul mode – but also allow a lot of space for Freddie's own expressions, so that the strings really lay back, and the orchestrations never get in the way of his bad self – a perfect balance, thanks to the work of arrangers Garry Sherman, Belford Hendricks, and Robert Mersey. CD features material from Freddie's Columbia LP and singles, plus some Shout Records tracks too – a total of 23 numbers that include "Forget Me If You Can", "Just One Love", "I'm Too Far Gone", "My Arms Aren't Strong Enough", "Lonely Man", "Giving You My Heart", "Blow Wind", "One Heartache Too Many", "Let It Be Me", "For Your Love", "Bring It On Home To Me", and "There Goes My Heart".  © 1996-2020, Dusty Groove, Inc.