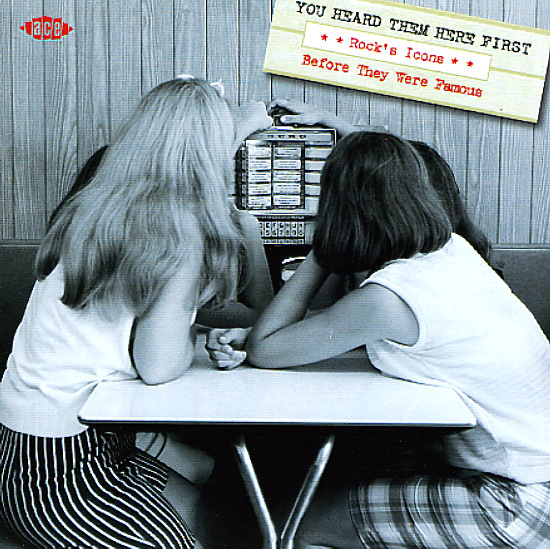 A really cool little collection – one that features early work by a host of famous rockers and 60s pop acts – many of whom are recording here before using their better-known later names! The music's pulled from both sides of the Atlantic, and often has a nicely rough-edged feel – bits of garage rock, mod soul,a nd more – performed by artists who include Peter Frampton, Mike Nesmith, The Byrds, Cher, David Bowie, Lou Reed, Ry Cooder, Neil Young, Lee Hazlewood, Narry Nilsson, Love, and others! As always with Ace, the notes are great – and really help illuminate these rare gems – and titles include "It's My Time" by The Mynah Birds, "Your Love" by Lewis Reed, "Stop Calling Me Baby" by Danny Lee, "Dream Baby" by Cherilyn, "In The Midnight Hour" by The Pigeons, "I Can Fly" by The Herd, "You Made Me Fall" by Marty Balin, "Prison Break" by The Paramours, "Rumble-Still-Skins" by Arthur Lee & The LAGs, "Groovy Little Suzie" by Bo-Pete, "Can't Let Her See Me Cry" by Mark Robinson, "Hole In My Pocket" by The Rockets, "Candy Man" by The Rising Sons, and "Liza Jane" by Davie Jones with The King Bees.  © 1996-2021, Dusty Groove, Inc.