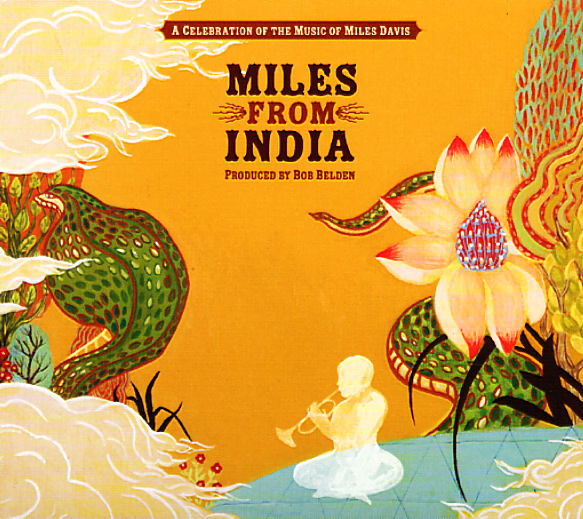 Miles From India – A Celebration Of The Music Of Miles Davis

A gimmicky record, but one that's pretty darn great – thanks to a very unusual approach that mixes the music of Miles Davis with Indian instrumentation! The players are a big part of the album's success – as they include Miles Davis alums like Gary Bartz on alto sax, Lenny White and Jimmy Cobb on drums, Michael Henderson on bass, Pete Cosey on guitar, Dave Liebman on flute, and Ron Carter on bass – and although a few tracks feature Wallace Roney on trumpet, that instrument is possibly one of the least-featured in the set! Instead, Miles' legacy is traced through very different territory – with a much stronger emphasis on the sitar, sarod, and percussion used on the record – often played with a spacious, exploratory feel that's quite unusual. Most numbers are completely transformed from their famous original versions – and titles include "Miles Runs The Voodoo Down", "Blue In Green", "In A Silent Way", "All Blues", "Spanish Key", "So What", and "Miles From India".  © 1996-2021, Dusty Groove, Inc.

Afro Blue Impressions
Pablo, Early 60s. Used 2CD
CD...$9.99
One of the best posthumous releases by the legendary John Coltrane Quartet – and a set that really captures the group at a perfect moment – when they were really beginning to stretch out a lot, yet still in a style that was mostly inside! The material was recorded in Berlin and ... CD