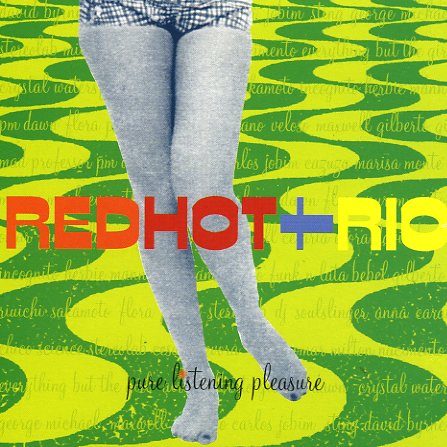 An early volume in the Red Hot series of benefit compilations, with a Brazilian theme, and as with others in the series, a broad range of artists, often pairing new with old. 21 tracks in all, some with only the most tenuous connection to Brazilian music, but others a brilliant fusion of new sounds with old, including Everything But The Girl "Corcovado", Maxwell "Seguranca", Cesaria Evora, Caetano Veloso & Ryuchi Sakamoto "E Preciso Perdoar", Incognito with Omar & Anna Caram "Water To Drink", Milton Nascimento "Dancing", Stereolab & Herbie Mann "One Note Samba/Surfboard", Funk'N Lata "Sambadrome", Gilberto Gil "Refazenda" and Cazuza & Bebel Gilberto "Preciso Dizer Que Te Amo", plus a dozen more!  © 1996-2022, Dusty Groove, Inc.
(Out of print.)