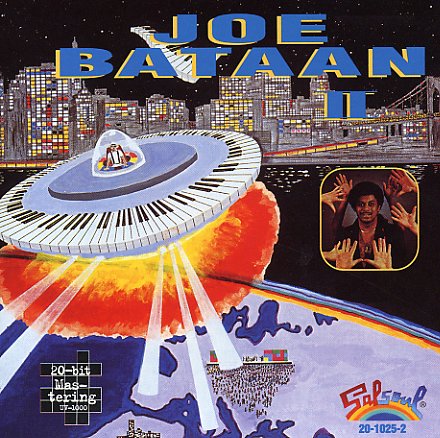 One of the sweeeeet club groovers recorded by Joe Bataan in the the early 80s – and an album that has a bit more of a disco feel than before, but which still stays firmly in the Latinized Salsoul sound that Bataan helped to forge and name! Joe's vocals are great – still honest and with a lot of integrity, and filled with the themes of confused love and identity that have always made his records some of the best of the New York scene. There's some nice electro touches amidst the grooves – but not too many – and titles include "Mestizo II", "Super Girl", "When We Get Married", and "Ling Ching Tong".  © 1996-2020, Dusty Groove, Inc.
(Includes the printed inner sleeve. Cover has light wear.)