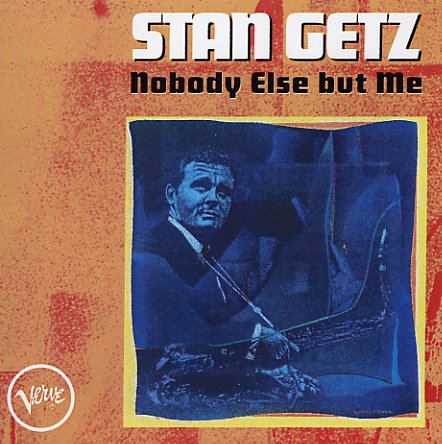 One of the greatest Stan Getz albums ever – even though it wasn't issued until the 90s! The set's a rare unreleased session from 1964 – recorded by Getz with a fresh, free-thinking approach – but abandoned by Verve because they were making so much money with Stan's bossa nova sides of the time! Stan's working here in his great mid 60s quartet with vibist Gary Burton – heard briefly on record on the Getz Au Go Go album, which Verve made mostly a bossa session – but stepping out here with the kind of truly fresh sound that made its first, long-overdue recorded appearance on this set. The whole album has a fluid, lyrical style that's similar to that used by Stan for the wonderful Sweet Rain album – a sense of rhythm and timing that was modern, yet never forgot the melody – clearly inspired by Stan's earlier bossa experiments, but way way past their basics. The blend of vibes and sweetly-blown tenor is amazing – and titles include "6 Nix Quix Flix", "Waltz For A Lovely Wife", "Out Of Focus", "Sweet Sorrow", and "Nobody Else But Me".  © 1996-2021, Dusty Groove, Inc.
(Out of print.)