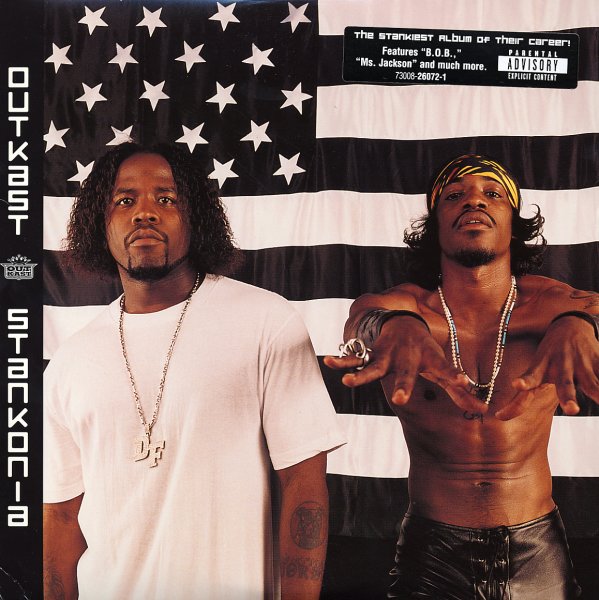 Probably the most hyped hip hop album by rock critics of the last decade – but don't hold that against Stankonia, because these ghetto grooves from planet P-Funk were exactly what world needed in 2000! The millenium blowout party jam feel throughout is surely a nice change of pace from all the doom and gloom out there, but they still manage to spit out enough reality to keep things feeling true – particularly in the playful battle of the sexes showdowns. Dre, Big Boi and Organized Noize continue to innovate, even if they are at the top of the charts – and we can't wait to see where they take it all next! Tracks include "Gasoline Dreams", "So Fresh, So Clean", "Ms. Jackson", "Spaghetti Junction", "I'll Call Before I Come" featuring Gangsta Boo & Eco, "B.O.B.", "Xplosion" featuring B-Real, "We Luv Deez Hoez", "Humble Mumble" featuring Erykah Badu, "Red Velvet", "Gangsta Sh*t", "Toilet Tisha" "Slum Beautiful", and "Stankonia (Stanklove)".  © 1996-2020, Dusty Groove, Inc.
(BMG Direct pressing.)