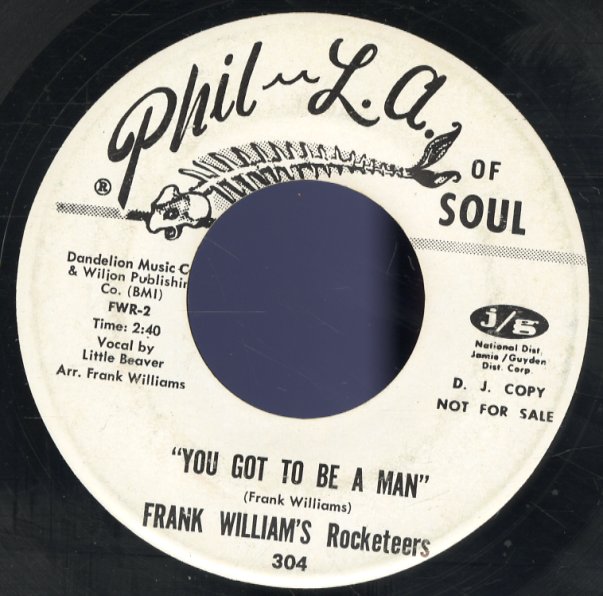 Spanish Flyer/You Got To Be A Man

"You Got To Be A Man" is a real James Brown-styled groove – complete with "Papa's Got A Brand New Bag"-sounding vamps, and great shouted vocals from Frank!  © 1996-2021, Dusty Groove, Inc.
(White label promo. Vinyl plays with some faint surface noise and the occasional pop and crackle.)