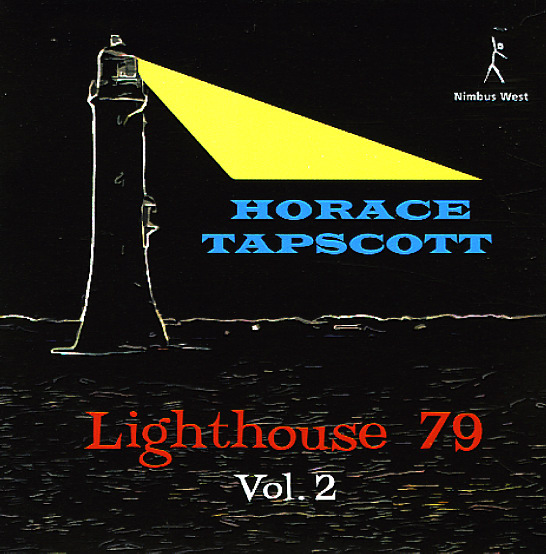 A second unearthed gem from pianist Horace Tapscott at the Lighthouse club in 1979 – very sharp stuff featuring a solid group of Nimbus players! Volume 2 was recorded on October 11, appropriately the night after the set featured on Lighthouse 79 Vol 1, with Tapscott leading the way, and setting up a groove with on the piano, while the group pounces when ready The players are Reggie Bullen on trumpet, Gary Bias on alto, Roberto Miranda and David Bryant on bass, and George Goldsmith on drums. It's an impeccable balance of subtle, slow building melodicism and sharp, emphatic group play & soloing! Totally great stuff, and absolutely worth a second helping. Titles include "Acirfa", "Niger's Theme", the epic "Stella By Starlight", "Lush Life" (at 6+ minutes, the only number in the set that runs less than 10 minutes) and "Inspiration Of Silence".  © 1996-2021, Dusty Groove, Inc.
(Packaged in a slim cardboard sleeve.)