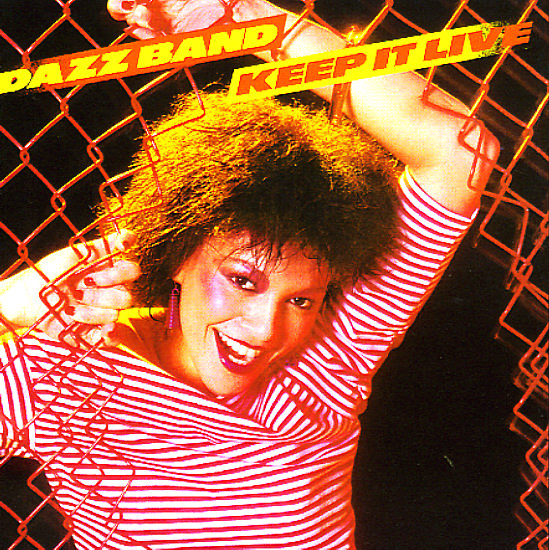 Also available
Dazz Band — Keep It Live ... LP 9.99
Dazz Band keep it plenty live on this early 80s gem – a killer set from the group's hit run for Motown! The set's got a bouncy groove that's very much in the best Motown funk style at the time – lots of bass at the bottom, and plenty tight on production – but never as smooth or commercial as work from a few years later. The group balance things out well with a few mellower cuts – numbers that still have some sort of a groove, but one that's a bit more laidback, and which shows they're not just a funk-driven outfit. Titles include the massive hit "Let It Whip" – plus "Gamble With My Love", "Just Can't Wait 'Till The Night", "Shake What You Got", "Keep It Live", and "Let Me Love You Until". CD also features the bonus track "Let It Whip (12" version)".  © 1996-2022, Dusty Groove, Inc.

Wild & Free (with bonus tracks)
Geffen/PTG (Netherlands), 1986. New Copy
CD...$11.99 19.99
The Dazz Band may be wild and free in the title, but the album's tighter than ever – a lean, focused approach to the Dazz Band sound – done here with loads of 80s production and instrumentation in the mix! The rhythms are heavy with drum machine lines – often mixed with keyboard ... CD