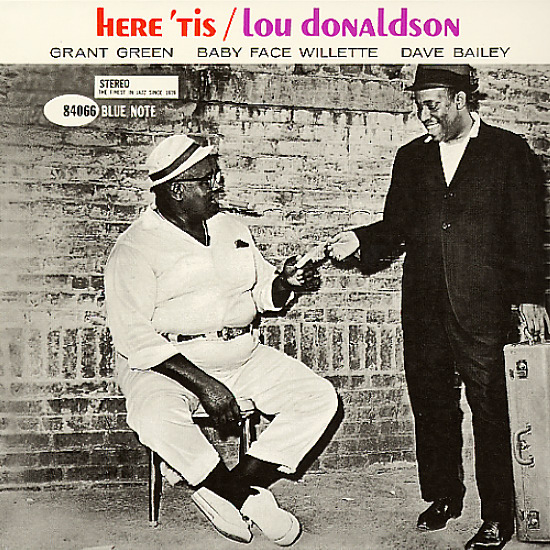 Classic 60s soul jazz from Lou Donaldson – and one of the first albums that has him working with Grant Green on guitar and Baby Face Willette on organ! Both players were discovered by Lou and brought to New York for Blue Note – a move that not only helped give the Donaldson sound a really soulful edge on a few key records, but which also helped jump-start the careers of both heavy-hitting players! Green's guitar is always a treat next to Lou's well-crafted lines on the alto – and Willette's organ brings a nicely unbridled quality to this session, giving it a rougher edge than the usual Blue Note. The cover's great too – and tracks include "Cool Blues", "Watusi Jump", and "Here 'Tis".  © 1996-2021, Dusty Groove, Inc.
(Out of print.)