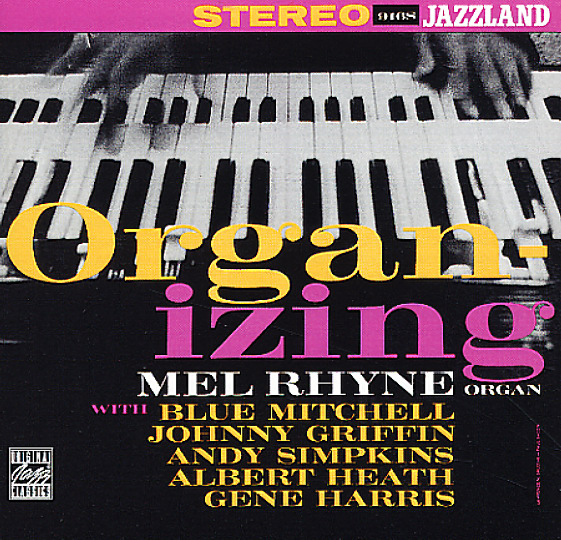 An excellent bit of soul jazz – completely rare in the original pressing, and one of the few early albums ever cut by organist Melvin Rhyne! Rhyne first came to prominence as the organist with Wes Montgomery – and he hailed from Montgomery's hometown of Indianapolis, and had the distinction of appearing on an early trio album with Wes. This rare side as a leader has Rhyne heading up an all-star cast that includes Blue Mitchell, Johnny Griffin, Andy Simpkins, and Albert Tootie Heath – plus fellow Indiana resident Gene Harris, who plays piano on the session, which makes for a very unusual combination next to the organ! The tracks are all quite long – and the session's a lot more down-and-dirty than the usual work that was recorded on the Jazzland and Riverside labels, stretching out at an open-ended soul jazz pace that was much more the territory of Prestige Records. Tracks include "Blue Farouq", "Shoo Shoo Baby", and "Barefoot Sunday Blues".  © 1996-2021, Dusty Groove, Inc.
(Out of print.)

Big Chief! (Japanese paper sleeve edition)
Jazzland (Japan), 1961. Used
CD...$19.99
Junior's the Big Chief on this one – coming down hard and soulfully on the keys, in a style that's sprightly, yet which also matches the more soul-drenched styles of some of his early 60s contemporaries! The backing is surprisingly sensitive at times – with contemplative bass from ... CD