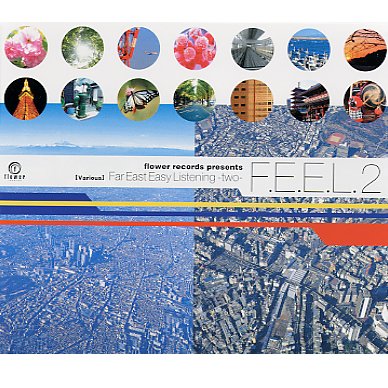 A warm and wonderful sampling of grooves from one of the hippest Japanese labels growing – the ever-soulful Flower Records, home to some of our best-selling artists on that high-priced Japanese wax! The approach here is to take mellower cuts by some artists that you might know more for their dancefloor work – kicking back a mellow groove that mixes soulful patterns of sound with keyboards, percussion, and light instrumentation – staying mostly instrumental throughout, and always working at the high level of quality you'd expect from Flower. The set's got a total of 14 tracks – and titles include "Osmosis" by Oceanauts, "You Got It All" by Super Soul System, "Liliput" by Leftbrown, "Mood Control" by Takuya Matsumoto, "Red Bug" by Slowman, "Tao" by Su Paka Pooh, "Colina" by Studio Apartment, "Kid" by Sunaga T Experience, "Stem" by Novo Tempo, and "Day Dreaming" by Astralfield.  © 1996-2021, Dusty Groove, Inc.
(Out of print, includes obi.)

Sunny Side Garden
Flower (Japan), 2001. Used
CD...$6.99
A completely satisfying album from one of the brightest new stars on the Japanese scene! Su Paka Pooh breaks out here with a swirling batch of warm, soulful grooves – a bit house-oriented in structure, but with plenty of spiritual jazzy touches, and a cosmic finish that keeps the record ... CD

Quem e Quem (Japanese pressing)
EMI (Japan), 1973. Used
CD...$24.99
A gem of a record – one we wouldn't part with for anything! Joao Donato's best known as one of the founding fathers of bossa nova – better known for his 60s work over the years, than he was for 70s electric work like this. Fortunately, international groove hounds picked up on the ... CD