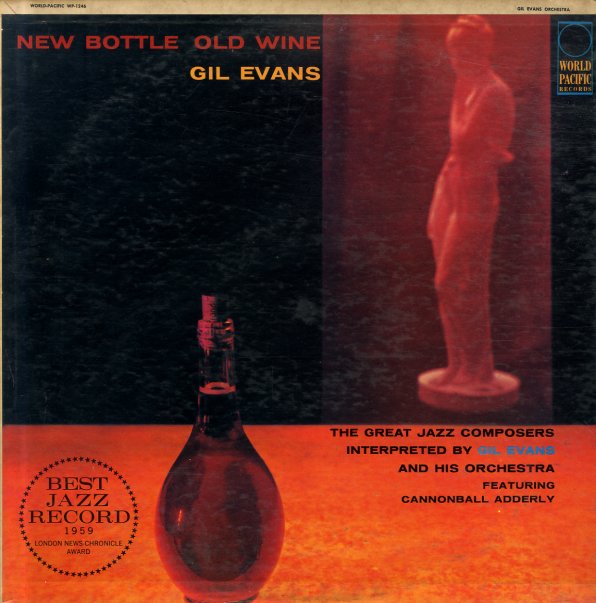 A masterpiece through and through from arranger Gil Evans – a record of swinging modern backdrops, used to showcase both the solo talents of a young Cannonball Adderley, and the dynamic energy of Evans himself! Cannon's sharp-edged early tone is a really great sound for the record – far more modern than you might expect from later funk and soul sides of the 60s – and perfectly poised next to Gil's larger back drops to reignite a host of older tunes with new energy! And while the titles are familiar, the readings certainly are not – as the Evans pen has really changed things up beautifully – as you'll hear on numbers that include "St Louis Blues", "King Porter Stomp", "Willow Tree", "Struttin' With Some Barbeque", "Lester Leaps In", "Round About Midnight", "Manteca", and "Bird Feathers".  © 1996-2022, Dusty Groove, Inc.
(Out of print.)

Out Of The Cool
Impulse/MCA, 1961. Used
CD...$3.99
A pivotal session for Gil Evans – one that brought his genius to the American public strongly and successfully, without the help of Miles Davis! Sure, Gil had recorded albums as a leader before this one – but the sparkling quality of this set is right up there with the charts he ... CD

End Of The World Party
Blue Note, 2004. Used
CD...$4.99
One of the best records we've heard in years from Medeski, Martin, & Wood – a searing batch of grooves that really gets back to the trio's original brilliance, and which features some wonderful production from the Dust Brothers! There's a lean, hard, and funky sound to the set that ... CD